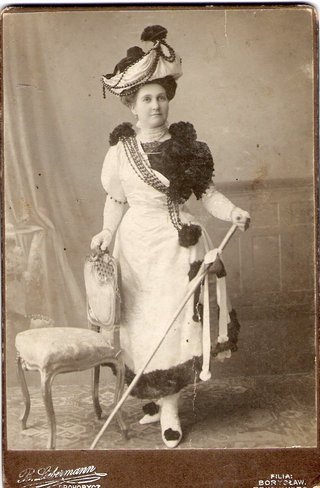 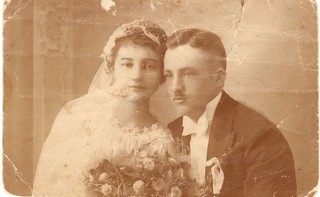 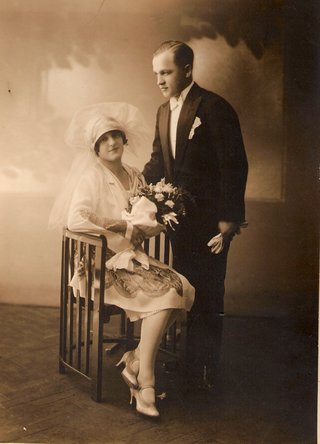 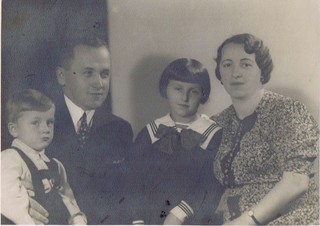 My family not long before the beginning of the war 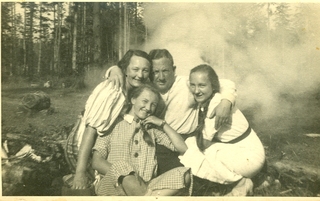 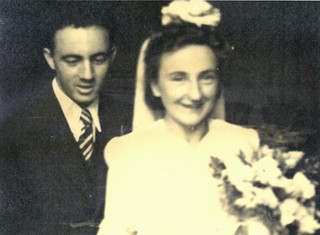 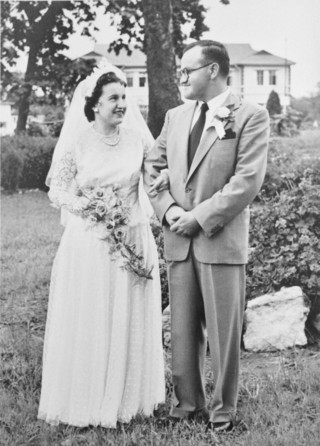 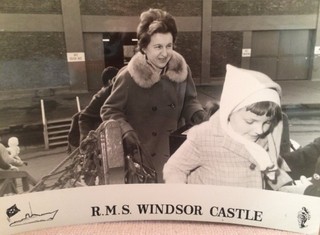 Barbara and myself boarding the ship for New York, 1969 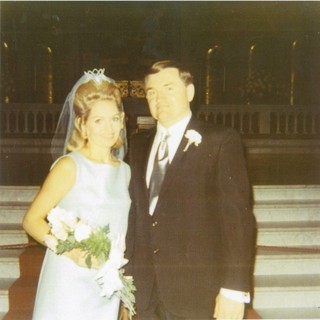 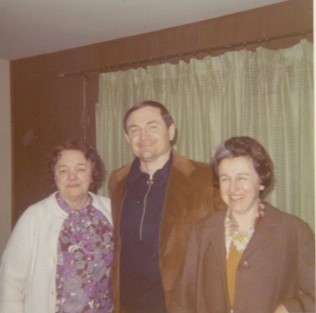 My mother, Antek and myself in California, 1971

Everybody calls me Krysia (pronounced like Trisha with a K), which is the usual Polish nickname for Krystyna. I love my name—not because of how it sounds, but because it holds such a happy memory for my parents.

My mother and father met at a ball in 1927. They danced the popular mazurka to a song called "Ostatni Mazur"—The Last Mazur—about a soldier asking a young girl named Krysia for one last dance before he goes off to war. “Pretty Krysia,” go the words, “cease your weeping, let us dance the mazur!” My parents fell in love that evening, dancing to that song. They married and, when I was born, on August 26, 1930, my father named me Krysia.

Until I was nine-and-a-half years old, I lived with my parents and my little brother, Antek, in the city of Lwów, then in southeastern Poland. My father was the Chief Justice of an appellate court—the youngest judge to hold such a high position in Poland. My mother had degrees in chemistry and philosophy, and even went to medical school for two years. She enjoyed helping people and wanted to become a doctor, but her father hadn’t allowed it. He loved her so much, he explained, that he was afraid she would catch a disease and die. Since he was paying for her studies, she had to obey him.

Some of my best childhood memories are of the times spent at my grandparents’ country home outside of Drochobycz, a city about 55 miles southwest of Lwów. My mother’s parents were Julia Chmielewska Zaczkiewicz and Konstanty Zaczkiewicz. They had seven children, two boys and five girls.

We were especially close with the family of my mother's older sister Stefa, who also lived in Lwὸw. She was married to my Wujcio (uncle) Wladzio, who was a judge, like my father. They had two daughters, Zosia and Nina. Nina was six years older than me and Zosia was seven-and-a-half years older.

DURING THE WAR YEARS

World War II began with Hitler’s invasion of Poland on September 1, 1939. Just a few weeks later, the Germans turned over our part of Poland to the Russians. For several months, the Russians ruled over our town. We even had a Russian soldier and his family living in our home. It wasn’t easy, but at least we were still in our homes. My Wujcio Wladzio, who had fought against the Russians in an earlier war, warned us that the Russians were not to be trusted. He turned out to be right. In April 1940 they arrested him. My father, knowing he would be next, went into hiding.

Then, in the very early hours of April 13, 1940, when it was still dark, Russian soldiers woke my mother, my little brother Antek and me and forced us out of our homes and onto cattle cars. We traveled for days, packed into the train with many other people, and finally arrived on a work farm in a remote area of Kazakhstan. During our journey, we caught a glimpse of my Ciocia (aunt) Stefa, Zosia and Nina on another train. We understood that the same thing had happened to them. We cried out to be together, but the Russian soldiers ignored our pleas.

It wasn’t until September 1941 that we saw them again. After nearly a year and a half living as prisoners of war in harrowing conditions on the remote communal work farm, we were technically freed. The Germans and Russians had turned against each other and now the Russians needed the Poles to help them fight against the Germans. Even though we were “free,” we had nowhere to go, so we had to stay where we were.

One day, though, Ciocia Stefa, Zosia and Nina found their way to our hut from the labor camp where they had been living, under even worse conditions. Seeing them again felt like a miracle. We were able to find a way to leave Kazakhstan together, and from that time on, until my mother, Antek and I sailed to freedom in Persia (now Iran) in August 1942, our families stayed together.

After arriving in Pahlavi, Persia, we lived on the beach for a month. Our next home was a refugee camp in Tehran. In May 1944, my mother, Antek and I were sent to Africa to await the end of the war. We lived in a refugee camp in Northern Rhodesia (now Zambia).

I settled in Northern Rhodesia, where I married Franek, a young Polish World War II veteran. He was working as a metallurgical engineer after earning a bachelor’s degree in chemical engineering from the University of London. Franek and I had three children: Andrew, Barbara and Richard. In 1962, we migrated to South Africa.

In July 1969, after more than a quarter-century of living on different continents, my mother and I had a joyous reunion with Ciocia Stefa, Wujcio Wladzio and Zosia. They were now living in Montclair, New Jersey, with Zosia's husband Wladek and their three children. (Many decades later, Zosia's oldest daughter, another Krysia, became my collaborator on this book.) We stayed with them in Montclair for several months until Franek accepted a position in San Francisco, California.

Our long journey through the world had finally ended. We have lived happily in the Bay Area ever since. Antek married in 1969 and eventually settled in St. Louis, Missouri. He and his wife Carol have two sons and three grandchildren. My mother passed away in 1995. Franek passed away in 2008. As for me, I live in the same house we moved into in 1969, near my children and my three grandchildren.

I wrote my stories, as I first called them, for many years under the guidance of Elaine Starkman at Diablo Valley College and California State University East Bay. As I wrote, I felt a growing responsibility to share this story, which is not mine alone: it is the story of thousands of Poles who lost their homes and their loved ones during World War II--one that many historians refused to acknowledge and that the Soviets tried, for a long time, to deny. My dream was to see my stories published one day. That day has now come, and I couldn’t be happier. 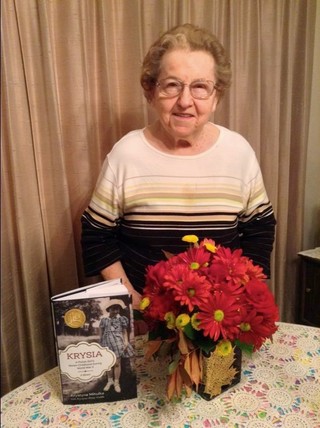 With my finished book, California 2016